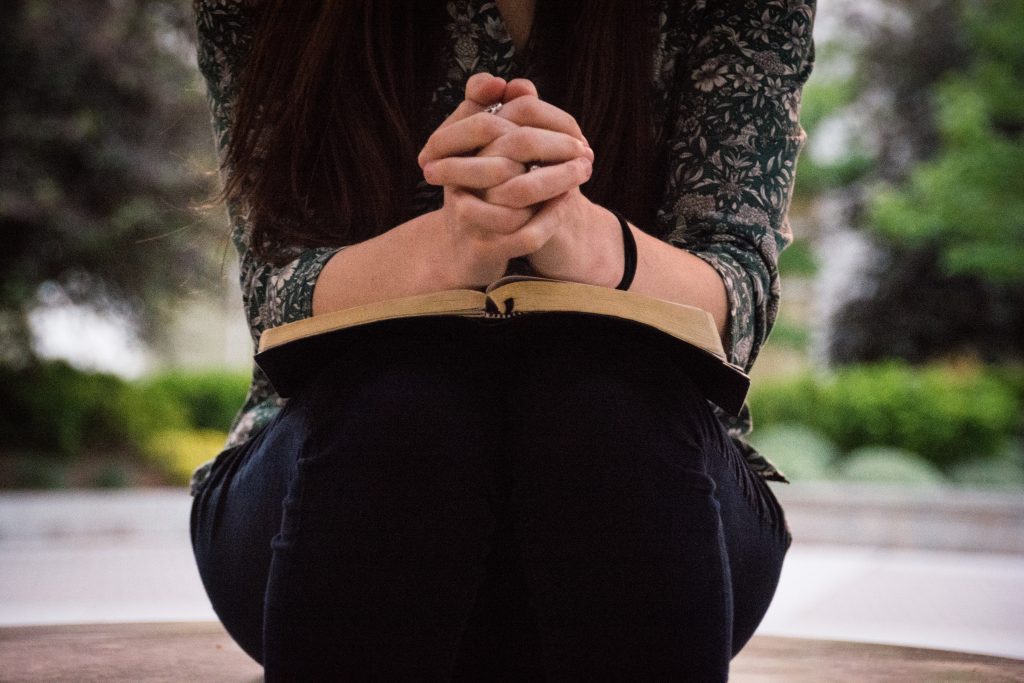 It makes me squirm. And check my watch. Sometimes I even want to make a dash for the door and hope that no one sees me. What am I talking about?

Public prayer.
Not the kind recited at ceremonies or large public events. In fact, I think public prayer in and of itself is a GOOD thing. I’m talking about the kind of public prayers you find within small groups of Christians.
You see, most often it seems as if those praying aloud really aren’t talking to God at all. It sounds like they’re jumbling together a bunch of ‘Christian’ phrases they think they’re supposed to say. Other times they’re just flexing their Scripture memorization muscles in an effort to impress other people in the room. Or it turns into a King James vocabulary competition. Either way, in these situations my mind constantly goes to the awkward scene in “Meet the Parents” where Ben Stiller’s character is asked to say a prayer before the meal. That scene is funny in part because we’ve all heard some variation of that prayer on a regular basis in our own lives!
I’m not a prayer expert. Nor am I a theologian. But Jesus had some pretty simple things to say about prayer in Matthew 6. Here’s my paraphrase of these basic teachings:
Don’t get me wrong – I’m not saying that long prayers are bad. Because they aren’t. Jesus himself prayed at length on numerous occasions. I’m talking about the trend in modern church culture that has turned public prayer into an awkward pharisaic show.

In the end, I think we’d all do better by simply talking to God in these public prayer situations. Prayer that includes stumbling and everyday language is more sincere and heartfelt anyway.

3 thoughts on “The Unspoken Problem in Modern Public Prayer”