Prepare yourself. I’m about to make a few radical statements:

I didn’t realize until recently that these ideas could be considered radical. I just thought they were common sense. But a recent conversation on a podcast I co-host caused me to examine many of these concepts in greater detail. 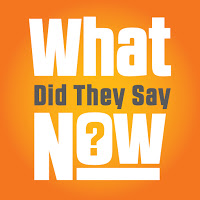 My wife is college educated, driven, confident and independent. Prior to giving birth to our first child, she had a successful career in security at a public high school, and as a police officer in a suburb of Minneapolis. In fact, she was making more money than me. And I’m immensely proud of her. But more than anything, I admire her for accepting a promotion about 8 years ago. What’s the job?

Oddly, we’ve encountered a Christian sub-culture that devalues our choice. You see, many women speak of “giving-up a career”, or putting their career “on hold”. Others bemoan the fact that they won’t be professionally challenged anymore, and mourn the loss of their career because they “have” to go home to raise their children.

This perspective is hurtful, and misguided.

Like any other career, full-time motherhood is what you make of it. It has as much mental engagement, significance and challenge as you foster and permit. Consequently, women must begin changing the tone and content of their conversations about this career decision. Men have an even greater role to play through verbal and emotional support. Ultimately, full-time motherhood will be placed in its proper position in society only when women, men and the church begin to publicly view it as career promotion, rather than a demotion.

In the end, selfishness serves as the primary motive for this negative view of full-time motherhood. It also prevents families from making the important choice to be the primary caregivers of their own children. And isn’t parenting supposed to be about selflessness, not selfishness?

People often question how my wife and I are able to financially manage her career as a full-time mom, particularly since I work in non-profit Christian ministry. On a larger scale, many view the idea of single income families as a financial impossibility in today’s society.

Maintaining a double-income family is virtually always a matter of choice, not necessity. Why? My wife and I have made difficult financial and lifestyle decisions to support her career at home. When we share our choices with skeptics, they ultimately admit that they’re unwilling to make the same decisions. Not unable.

We certainly aren’t perfect. We’ve made lots of parenting mistakes and have endured numerous rough patches in our marriage. But we stand firmly behind the principle that parents should be the primary caregivers of their own children. And that being a stay-at-home mom is an admirable career choice for intelligent, professional women.

Most importantly, the career of full-time motherhood should be celebrated, not mourned.