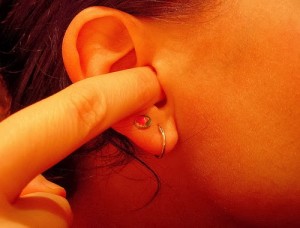 Wouldn’t it be nice if time really healed all wounds, and ignoring a problem actually solved it? Of course, everybody knows these strategies are doomed to fail.

A troubling study on religion and race recently revealed that 64% of white evangelicals think that “one of the most effective ways to improve race relations is to stop talking about race.” The same study found that 30% of all evangelicals agreed that “it is okay for the races to be separate, as long as they have equal opportunity.” Meanwhile, 46% of black evangelicals, 36% of Hispanic evangelicals and 31% of Asian evangelicals say they’ve been treated unfairly because of their race.

Don’t let the statistics pass by unnoticed. Yes, a vast majority of white Christians want to solve race issues in America by ignoring them. A shockingly large number of Christians think the concept of “separate but equal” is acceptable in our society today. Meanwhile, a significant number of black, Hispanic and Asian Christians believe they’re treated unfairly simply on the basis of their race.

Admittedly, ongoing conversations about difficult issues can be exhausting. I’ve watched with disappointment as many of my African American friends seem to have settled for less than they deserve. At the same time, I’m continually frustrated by the ignorance and apathy about racial injustice among many white evangelicals. Are we all weary from the battle, or have we already surrendered?

If only racial tensions among evangelicals were getting better. But they aren’t. A recent controversy surrounding an attempt at humor by Rick Warren left Asian Christians offended and frustrated. About 700 Asian evangelicals subsequently declared that their demographic “continues to be misunderstood, misrepresented, and misjudged.” Korean-American blogger Jeni Flaa powerfully illustrated the pain of racism in a recent Huffington Post piece. After a stranger hurled racial insults at her, she said, “I curled up on my bed and cried angry tears. Even though I’m almost 30-years-old, one would think I’d be immune to this by now. Hardly so. It still hurts and it still makes me cry.”

Perhaps we’ve forgotten what God has to say about all this. He said He loves justice. He told us to seek justice and help the oppressed. Jesus yelled at the Pharisees for ignoring justice. He also prayed for unity among all believers.

It would certainly be easier if we could ignore our racial problems, and let the passage of time work things out. But it won’t. As Dr. Martin Luther King Jr. wisely pointed out,

“Actually, time is neutral. It can be used either destructively or constructively….We must come to see that human progress never rolls in on wheels of inevitability. It comes through the tireless efforts and persistent work of men willing to be coworkers with God…”

The journey will be challenging, painful and frustrating. But, progress can only be made if productive and meaningful intercultural conversations actually take place. And I want to be counted among those who tirelessly and persistently work alongside God in the pursuit of racial justice and unity in the church. Hopefully I’m not alone.
photo credit: twenty_questions via photopin cc