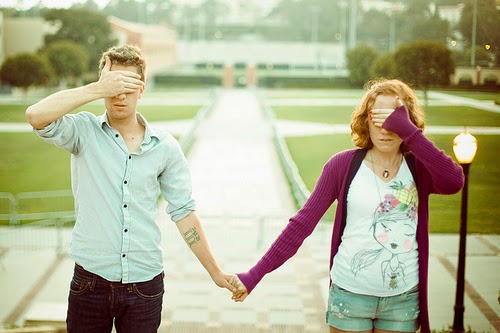 Under normal circumstances, you wouldn’t expect this to happen when 1,500 people gather for worship.

It shouldn’t be dangerous. But on this particular night, the service ended with the congregation huddled in the basement fearing for their lives. You see, while they were listening to sermons and singing songs, an angry crowd gathered outside. Eventually, 3,000 white residents of Montgomery, Alabama surrounded the church and threatened to burn it down. Why? Among the worshipers were a small group of people known as “Freedom Riders”. They tried to peacefully protest segregated Greyhound buses and bus stations throughout the south. They received a violent reception when they arrived in Montgomery by bus the day before.

Huddled in the basement, one of the speakers picked-up a telephone to call for help. But he didn’t call the police. He didn’t call the Governor of Alabama either. They probably wouldn’t have responded. As bricks smashed through the basement windows and tear gas drifted in, Martin Luther King Jr. called U.S. Attorney General Robert F. Kennedy for help. After a night of negotiation with authorities, Kennedy finally secured the safe release of the parishioners and the Freedom Riders around 4AM.

You may have slept through history class in high school, but God loves history. Even a casual reading of the Bible reveals the rich history of Israel, the Jewish people and the early church. Clearly God values history, and wants us to learn from it.

In order to fully understand the deep racial divide in America today, we must follow God’s lead and consider the history behind it. Rather than re-taking high school history, let me give you a few relevant highlights.

Abraham Lincoln’s Emancipation Proclamation didn’t really end slavery. After almost 250 years, slavery was finally abolished in the United States with the passage of the 13th Amendment on January 31st, 1865. At that moment, approximately 4 million people were suddenly released into a society that didn’t want them. To make matters more complicated, 90 percent of the slave population was illiterate. Just imagine the challenge facing these battered families. After almost 10 generations of forced labor in brutal conditions, few had marketable skills outside of farm labor. Due to the color of their skin, none of them would be able to assimilate into an unwelcoming culture. It should come as no surprise that the Ku Klux Klan was launched in 1865 as well.

As if that wasn’t bad enough, hope was dashed in the form of broken promises. Union General William T. Sherman issued a bold “Field Order” in January of 1865 that would allow freed slaves to occupy up to 40 acres of abandoned farm land on the Atlantic coast. President Andrew Johnson swiftly overturned that order less than a year later.

So there they were – 4 million black people with absolutely nothing in a country that viewed them as less than human. If only the justice system would persuade white Americans to accept these former slaves as equals. Unfortunately, it did the opposite.

Homer Plessy was a man ahead of his time. 27 years after the slaves were freed, Homer represented a group of individuals in an act of civil disobedience. They attempted to peacefully protest segregated rail cars in Louisiana. After purchasing a first class ticket, Homer walked onto a “whites-only” car and took a seat. His subsequent arrest ultimately resulted in a landmark 1896 Supreme Court decision. Plessy v. Ferguson established the “separate but equal” doctrine for society. It officially legalized the separation of black and white America. And the whole “equal” part was never realized. Instead, a series of Jim Crow laws systematically oppressed African Americans for another 69 years.

So where do we fit into this story? While Martin Luther King Jr. was desperately pleading for Robert Kennedy’s help in the basement of that Montgomery church, my dad was a 10 year old kid sleeping peacefully in his Minneapolis bed. When President Lyndon Johnson signed the Civil Rights Act of 1964, dad was just two months shy of his 14th birthday .

Legalized segregation and discrimination simply wasn’t that long ago.

So isn’t it possible, or even probable, that the racial injustice that was woven into the very fabric of our continent for over 340 years could still persist in society today? Of course it is.

That’s why I cringe whenever I hear someone talk about being “color blind”. This seemingly noble proclamation denies the stark historical reality that black and white America developed within the same borders on distinctly different paths. One group established the government and mainstream culture. The other struggled to survive being shut-out of both.

This painful story isn’t a scar to dwell on. Rather, it’s a clear explanation for our current racial divide. And an opportunity for us to make the next chapter redemptive.

Progress requires spiritual answers. It also demands the good works described by James, the bold cross-cultural conversations modeled by Jesus, and the defense of the oppressed called for by God through Isaiah. If you choose color blindness, you choose stagnation. You choose historical ignorance. And you deny the culturally diverse reality that God created. Instead, choose to be empowered by history. Only then can you effectively be the Gospel in the midst of our divided culture today.

3 thoughts on “Don’t Be Color Blind”