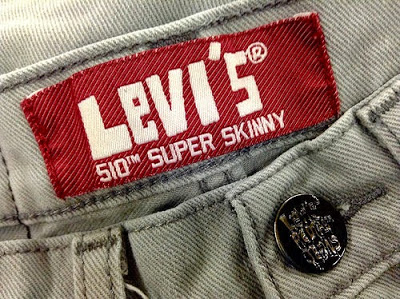 “Wow, you look really fat! Have you been gaining weight?”

Nobody in their right mind would dare say something like that. It’s completely insensitive, socially unacceptable and rude. But for whatever reason, saying the opposite is normal. Even funny.

Public accusations about being skinny typically don’t hurt my feelings. But I find the hypocritical double standard amusing. Of course, in my case it’s not an issue of being exceptionally thin. I just avoid flexing because it’s annoying to constantly rip through shirts with my enormous muscles.

Anyway, I’m thinking it’s about time to put an end to skinny shaming. Not everyone out there with high metabolism like me is trying to mask bulging biceps. They actually have feelings. And you taking time to loudly criticize their physique is embarrassing and offensive. And just like not all overweight people have a glandular problem, not all skinny people have an eating disorder. Some are just more slender than the average bear, and can’t do anything about it.

In fact, If I could gain some weight I’d gladly do so. But for whatever reason, eating massive quantities of food has absolutely no effect on my weight. Neither does pairing that high calorie consumption with a notably sedentary, yet oddly compelling lifestyle.

In the midst of society ridiculing and chastising the slender, they fail to realize that life isn’t all sunshine and roses for us. Being lanky comes with a long list of challenges and frustrations. Here’s a few of them:

As you can see, being skinny isn’t as great as everybody assumes. Hopefully my lighthearted highlights of our peculiar struggles were at least moderately enjoyable. And perhaps they’ll gently point a finger at one of society’s largely unrecognized hypocritical double standards.