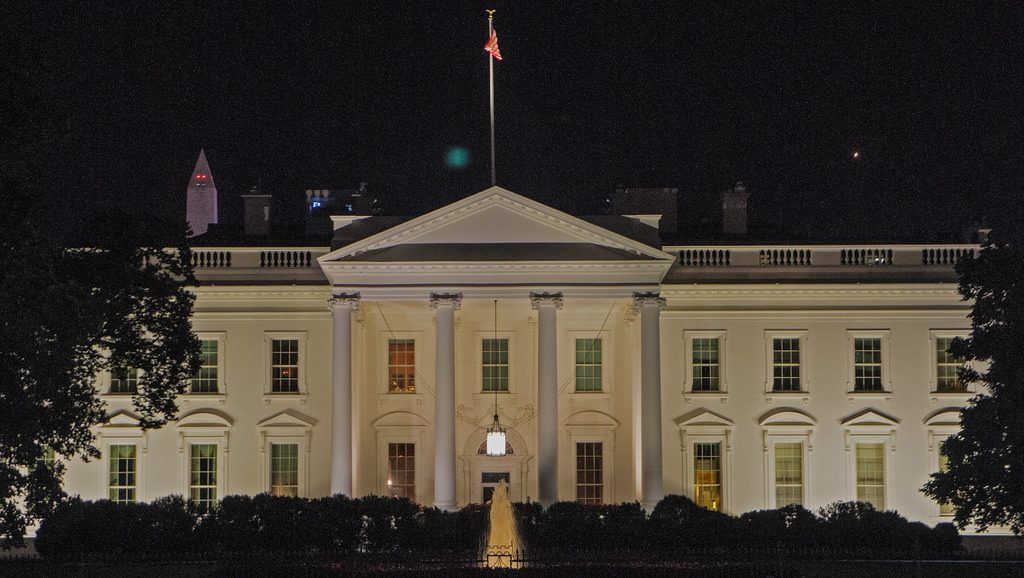 It’s been a horrible year to be a Christian in America.

Why? Because of our shameful public behavior tied to the 2016 election.

Christian celebrities rampantly use scare tactics and melodramatic alarmist language to increase their own statuses, revenue and readership. Then, the panic stricken masses mercilessly destroy each other online through fruitless political debate. To make matters worse, the entire world gets a front row seat to the bloodbath. And many people in the church don’t seem to care that the Gospel is suffering. We’re too preoccupied proclaiming our partisan positions, performing theological gymnastics and calling each other heretics to notice.

I’ve had to disengage just to survive. Watching yet another Facebook fight or Twitter war unfold is just too depressing.

But thankfully, I have confidence that both America and the Church will survive the 2016 Presidential election, no matter what the outcome. Sound like crazy talk? Here’s why we can all rest easy:

His opponents prior to the election were convinced he’d destroy America. They wrote, “Murder, robbery, rape, adultery, and incest will all be openly taught and practiced…The air will be rent with the cries of distress, the soil will be soaked with blood, and the nation black with crimes.” Who were they talking about? Thomas Jefferson.

Ironically, Jefferson had his own concerns about another guy who ran for President that you’ve probably heard of. His name was Andrew Jackson. Jefferson once wrote, “He is one of the most unfit men I know of for such a place. He has had very little respect for laws or constitutions…He is a dangerous man.”

When Theodore Roosevelt was selected as William McKinley’s running mate in 1900, one of McKinley’s mentors declared, “Don’t any of you realize that there’s only one life between that madman and the presidency?”

And let’s not forget that in 1804, sitting Vice President Aaron Burr fatally shot Founding Father and former Secretary of the Treasury Alexander Hamilton in a duel. Burr was never convicted of anything afterward.

Or how about the fact that South Carolina voted to secede from the United States just weeks after Abraham Lincoln was elected President.

The Supreme Court is Important. But not THAT important.

Is Judith Sheindlin (aka Judge Judy) a Supreme Court Justice? 10% of American college graduates think so. Meanwhile, only 44% correctly identified Elena Kagan as a Justice on the High Court. 32% of Americans couldn’t even identify the Supreme Court as one of the three branches of the Federal government.

Once you’ve finished chuckling about the shocking ignorance revealed in these polls, ask yourself some even harder questions. Can you name all 8 Justices on the Court today? What about President Obama’s nominee for the 9th seat? Can you name him? How many past Supreme Court Justices can you name? Of those you remember (if any), would they be correctly labeled as conservative, or liberal?

Don’t feel bad. Most Americans know very little about the Supreme Court. Even more importantly, they have no idea how many times the High Court has been composed of more liberal or conservative Justices. Yet if that’s true, why have so many determined that Supreme Court nominations of the next President will either preserve or destroy America forever?

Whether we know anything about any of them or not, America has survived for over 200 years under the tenure of 112 Supreme Court appointments. We’ll make it through a few more.

Democrats are convinced that a Republican victory will be catastrophic for America. Republicans are predicting the end of the Republic if a Democrat is in the Oval Office for four more years. Voters on both sides would do well to remember a few simple things about the past.

We’re gonna make it you guys. Seriously. It’s all going to be okay.

The longevity and permanence of the First Amendment.

Have you ever been to the National Archives? It’s pretty amazing. You can take a peek at the Constitution, the Bill of Rights and the Declaration of Independence. The original documents are right there on display.

The last time I checked, nobody has ever tried to erase the First Amendment when the guards weren’t looking. I’m not aware of any Congressman that suggested we repeal the First Amendment either. And yet, there’s a pervasive fear running through the veins of many Christians that the Free Exercise Clause is in danger of suddenly evaporating.

Fear not, friends! Presidents can’t delete the First Amendment. This foundational American principle isn’t in danger of being repealed by Congress either. Sure, restrictions could surface that make being a Christian in America increasingly uncomfortable. But were we promised smooth sailing in the Christian life without any persecution? Nope.

But I’ll humor you. Let’s just say that worst case scenarios unfold, and America disintegrates into oblivion on November 9th, 2016. Will this cause you to lose your salvation? Nope.

Americans don’t like to hear this, but Jesus doesn’t need us. The Gospel did just fine between the Resurrection and July 4th, 1776.

God really is in control of everything.

God spoke the universe into existence. He created the laws of physics, and the delicate ecosystems that enable life to thrive on earth. He designed the uniqueness of each snowflake, and the colorful changing of the leaves in the Fall.

I’m pretty sure He can handle the 2016 election.

If you really believe in the sovereignty, omnipotence and omniscience of God, you’ve got nothing to worry about. He knows exactly what’s about to happen, because He’s in control of it.

With that in mind, watch out for all of the fear mongering spreading like a virus through Christian communities. The Bible says numerous times not to fear. Jesus eloquently told us not to worry. Therefore, when we buy into fear-based doomsday thinking about this election, we’re ultimately doubting the sovereignty of God.

So, ignore the panicked partisan vitriol, do your own research and trust God. Then pray for the Holy Spirit to guide your decision making in the voting booth. But I honestly don’t care who you vote for. Instead, I care that we all represent Jesus well by leveraging our time, credibility, energy and influence for the sake of the Gospel. Period. Let’s not stake the reputation of the American church on political parties and flawed candidates. Hopefully it’s not already too late.