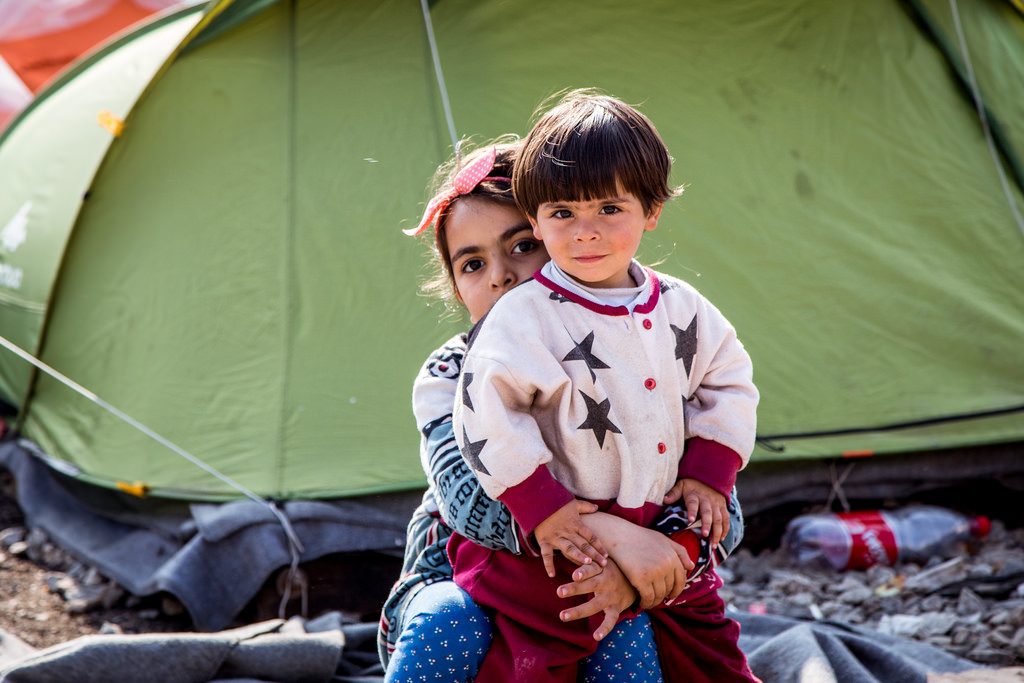 On Friday, hundreds of thousands of Christians gathered in our nation’s capital for the 44th annual March for Life. With locked arms and hearts, those in attendance proclaimed God’s value for human life and boldly defended the cause of the unborn. Had I lived closer, I would have been there myself.

But on the very same day, our country collectively turned its back on widows and orphans. We figuratively patted the heads of the hungry, thirsty, naked stranger desperately fleeing violence and war across the Middle East and Africa. To many, our cold shoulder might be temporary. But we looked directly into the eyes of those suffering the most and uttered something far worse. We told Syrian women and children we don’t care about them indefinitely.

Most of us aren’t politicians. We don’t write columns for major newspapers. But God has given us a powerful platform in social media. As you wield this power, will you place your allegiance first with the Gospel? Will you boldly proclaim God’s value for the lives of refugees?

Many will be silent or complicit for reasons that feel good. They’ll point to all the problems we face in our own country. They’ll proclaim that other nations can take care of these desperate people. They’ll say they’re protecting their own children from the threat of terrorists masquerading as refugees (even though any such threat is virtually nonexistent).

But what passage of Scripture supports putting ourselves before our neighbors? What verse limits our neighbor to those within our borders? What book of the Bible delineates exceptions under which we can prioritize our own interests over the interests of others?

Count me among those who refuse to be silent. Make no mistake, my passion and emotion aren’t a reflection of partisan politics or party allegiance. My love for Jesus compels submission to His Word. So with the utmost respect to the President and his position as the leader of this country, I plead with him to reverse course. I beg him to welcome the most vulnerable across the world with open arms in a dramatic show of American compassion.

I don’t want my kids to hang their heads in shame when history records this moment. I don’t want them to compare me to the 61% of Americans in 1939 who opposed allowing Jewish refugee children asylum in the United States. Instead, may their hearts warm with joy as they discover their father cared equally for the plight of the unborn, and the refugee.

What about your children?

8 thoughts on “Standing for the Unborn, and the Refugee”