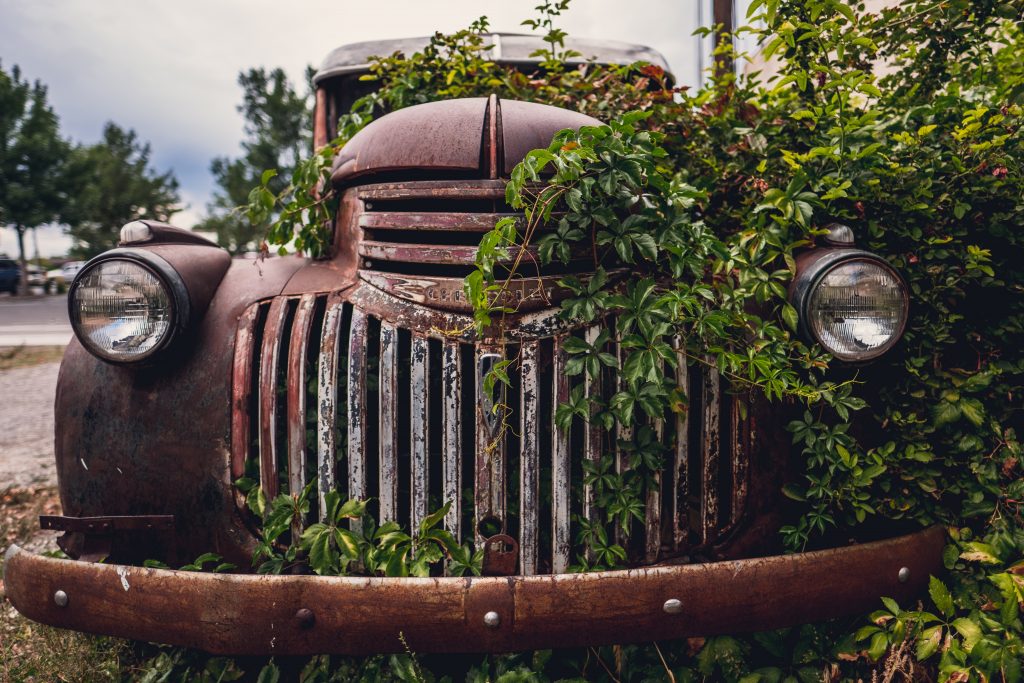 Sometimes, the majority is completely wrong.

When asked whether American culture and way of life is better or worse than in the 1950’s, 51% said it’s worse. The results are even more pronounced for white evangelicals. A whopping 74% say life in America is worse today than in the 1950’s.

On the surface, this is a merely a subjective comparison. But the heart disposition of many in the majority is Biblically problematic. Why? Check out King Solomon’s perpetually relevant, pithy wisdom on the subject. He wrote,

Don’t long for “the good old days.” This is not wise.

Notice Solomon didn’t say we shouldn’t reminisce about the past. Remembering the way things used to be isn’t bad at all. The joys, sorrows, triumphs and failures of the past shape us into who we are today. Moreover, God’s fingerprint on our lives is often most visible in hindsight. But there’s a significant difference between reminiscing about the good old days and longing for their return.

Here’s four reasons longing for the good old days is a horrible idea for Christians:

It portrays us as ignorant and hypocritical.

“Kids these days!” I’m pretty sure every generation utters that angsty cliché. And each new group of young people collectively roll their eyes at the condescension dripping from its syllables. I saw this on full display a few years ago at the Rock and Roll Hall of Fame. In old film reels, preachers decried the evils of Elvis Presley as he burst onto the music scene in 1956. Meanwhile, nobody seemed to mind a few years earlier when Frank Sinatra crooned these words in his 1954 rendition of “I Get a Kick Out of You,”

Some, they may go for cocaine.
I’m sure that if I took even one sniff
It would bore me terrifically, too.
Yet I get a kick out of you.

Making light of drug use in popular music was just the beginning. In 1950, only 34% of Americans 25 and older had finished 4 years of high school. In 1955, 56.9% of men smoked cigarettes. Playboy magazine launched in 1953. Parenting strategies in the 1950’s created a youth culture in the 1960’s that glorified drug use and promiscuity. And let’s not forget that discrimination against African Americans was rampant and legal throughout the entire decade.

Rose colored proclamations about the past inevitably overlook significant flaws. In so doing, they expose easily identifiable hypocrisy littered with ignorance. These aren’t desirable characteristics for Christians.

Your good old days are somebody else’s bad old days

The 1950’s were pretty great for many Americans. Suburbs in post-war America were exploding as WWII veterans put down roots and started families. Life may not have been as picturesque as episodes of “Leave it to Beaver” imply, but by all accounts it was a great decade. That is, of course, presuming you were white.

But how could a Christian in good conscience ignore the plight of over 15 million African Americans in the 1950’s? Maybe it’s easy to forget they were there since they weren’t allowed to live on the same street as Wally and the Beaver.

The 50’s were a decade of despicable violence and hatred toward African Americans as they battled for equality. 14-year-old Emmett Till was brutally murdered. Rosa Parks was arrested for refusing to give up her seat on a bus. The Little Rock Nine were escorted to school by the 101st Airborne because National Guard troops blocked their path to the doors, and angry mobs of whites hurled insults and threats at the children.

Sound like an era worth emulating? Didn’t think so.

You miss the opportunity to represent Christ in the present.

Stanford University researchers recently quanitified the achivement gap between poor and affluent students. Kids in struggling, impoverished urban school districts are four years behind rich kids academically. While digesting this heartbreaking statistic, it’s easy to get sucked into longing for the good old days as a means of solving the problem. “If only prayer were still in public schools!” some will cry. Others will blame the breakdown of the family or an abused welfare system.

These declarations might feel good, and they may even be partially correct. But the good old days have no ability to repair a child’s broken family right now. They can’t give a single mother with two jobs time to help her kids with homework. They can’t provide healthy meals for a neglected teen with drug addicted parents. But reminiscing about the past could serve as a motivator to be Jesus to those who need Him most. What if we turned our memories of family meals and prayer in schools into tangible action? Our churches could start tutoring programs in struggling school districts that provide healthy snacks, mentorship, and spiritual instruction. This won’t bring back the past, but it will harness its lessons to shine the light of Christ on the pressing needs of the present.

It rejects wisdom in favor of whining

Wisdom is an invaluable resource cultivated through time and experience. This truth automatically makes someone who lived through the 1950’s a potential force for good. But wisdom is only helpful when exercised in light of the present. A keen understanding of today’s problems seen through the lens of yesterday’s experiences paves a clear path for the future.

Sadly, longing for things to be the way they used to be completely dismisses the value of wisdom. Instead, it promotes whining about the present instead of working to make it better.

And nobody likes a whiner.

It’s perfectly normal to daydream about simpler times. Reminiscing with old friends is fun. But don’t let those fond memories turn into a counterproductive and unbiblical effort to recreate a warped version of the past. America needs the forward-thinking wisdom of Christians who lived through yesterday’s trials now more than ever.

6 thoughts on “The Good Old Days: 4 Reasons NOT to Bring Them Back”