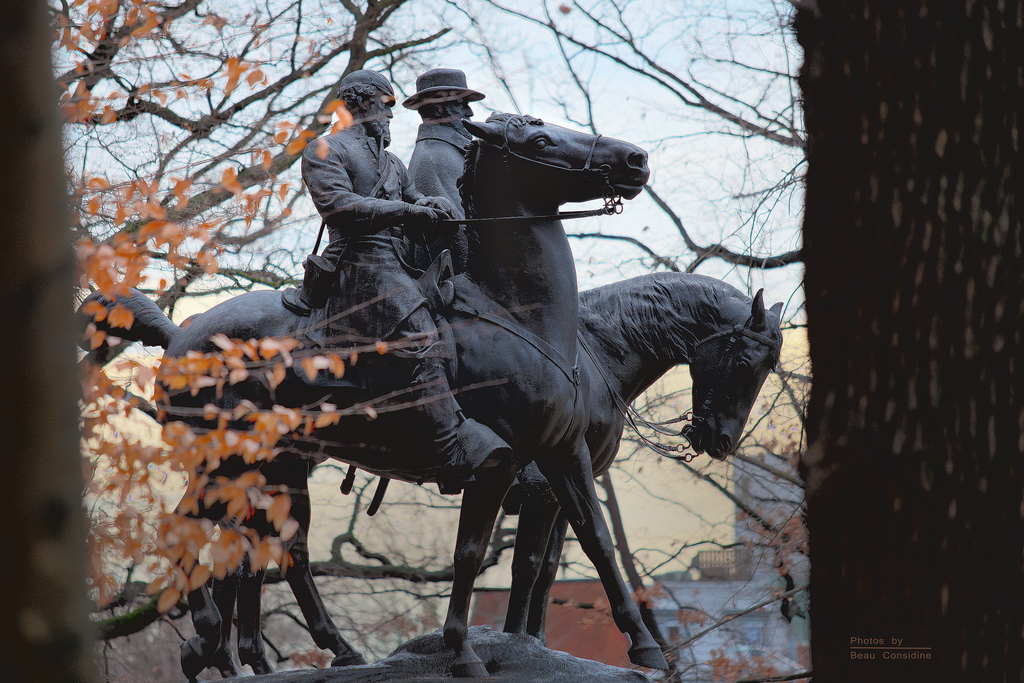 Who knew Civil War statues would become the focal point of American debate in 2017?

As important as these conversations may be, it’s a bit painful to watch some on social media make sweeping generalizations and draw hasty conclusions about our nation’s history. Things are often far more complicated than they seem.

For example, President Ulysses S. Grant was an alcoholic and an epic failure in multiple business ventures. His administration succumbed to rampant corruption and scandal. And yet, his military leadership in the Civil War ultimately preserved our Republic. Was he a hero or a villain? I’m not sure.

Then there’s Thomas Jefferson. He fathered numerous children with one of his slaves and edited a version of the Bible that completely erased the miracles of Jesus. And yet, he was one of the most noteworthy and courageous architects of our nation’s founding. A hero? Mostly.

Every historical figure (other than Jesus) had moral failings and flaws. As a result, we must weigh their contributions in light of their shortcomings. Some are easily identified as historical heroes. Others are more difficult to discern. But a line must be drawn somewhere. Not all memorable figures of the past are worthy of adulation. Some deserve quite the opposite.

Consider our alliance with Joseph Stalin and the Soviet Union during WWII. This partnership was absolutely crucial in defeating the Nazis. But we wouldn’t dare erect a statue in his honor at a National Park or name an elementary school after him. Stalin’s freedom squelching genocidal regime completely overshadowed any helpful alliance. Surely we can agree that the likes of Stalin, Pol Pot, Hitler, Caligula, and others fall firmly in the category of historical monsters.

In light of these complexities, we cannot forget the historical realities of our own Civil War. The Confederacy’s primary objective was to perpetuate one of the most brutal forms of human slavery in the history of the world. Confederate Vice President Alexander Stephens made this point abundantly clear when he said,

…its foundations are laid, its corner- stone rests, upon the great truth that the negro is not equal to the white man; that slavery subordination to the superior race is his natural and normal condition. This, our new government, is the first, in the history of the world, based upon this great physical, philosophical, and moral truth.

From my perspective, the men that risked their lives and reputations for that evil cause don’t deserve positions of honor and reverence in our cities. It’s time we quite literally remove them from their pedestals.

Interestingly, the Confederate figure at the center of last week’s abhorrent Charlottesville march would go even further than I’m willing to go. As white supremacists circled an equestrian statue of General Robert E. Lee, they were obviously unaware of his thoughts on these issues. Forget statues. General Lee didn’t even want battlefields memorialized. In declining an invitation for a meeting to plan memorials at Gettysburg, he wrote,

I think it wiser moreover not to keep open the sores of war, but to follow the examples of those nations who endeavoured to obliterate the marks of civil strife and to commit to oblivion the feelings it engendered.

Confederate statues shouldn’t be destroyed. I’m appalled that mobs of citizens would haphazardly topple and vandalize them. Instead, let’s place them where they belong. There’s plenty of room for Jefferson Davis and Robert E. Lee in Civil War museum exhibits. Let their likenesses occupy battlefield memorials. But let us never forget the evil their cause sought to perpetuate. It’s time we intentionally remove them from places of honor in our society.