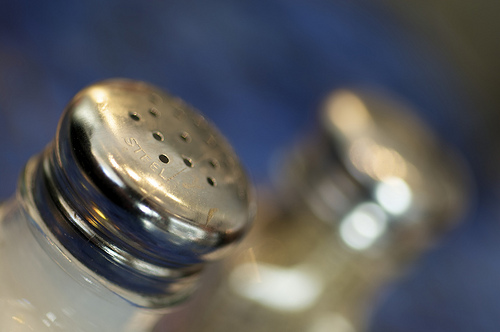 I can’t even tell you how many times I’ve heard it.

I love talking about controversial topics on radio. Whenever those controversies connect to Christian behavior, somebody always says it. Take for example a recent story from Wright State University in Dayton, Ohio. A street preacher there thought it would be a great idea to tear-up a Koran in front of a crowd of students. This was his attention grabbing strategy for telling people about Jesus. Nice, huh? Anyway, since the video of him yelling at people and ripping up a Koran went viral, we talked about it on the air.

As I expected, somebody called in and used that common phrase to defend his actions. “We need to be salt and light!”

A shocking number of people continually use that passage from Matthew to defend confrontational, abrasive and inappropriate behavior in the name of Jesus. Rather than try to figure out what Jesus actually meant, they’ve decided it’s ultimately about gritting your teeth and pouring salt on an open wound. They see any association of love and kindness with truth as compromising our faith. Or just being wimpy and soft.

I’m no theologian. But my examination of those words from Jesus leads me to the opposite conclusion. So who’s right?

I decided to ask my friend Dr. Michael Rydelnik. He’s a Professor of Jewish Studies at the Moody Bible Institute, and his credentials speak for themselves. Here’s a summary of his thoughts on this debate (or you can listen to what he said at the bottom of this post):

Well, there you have it. Can we all just agree to stop using “salt and light” as a defense for intentionally offending people or sharing our faith in a confrontational manner? I hope so.