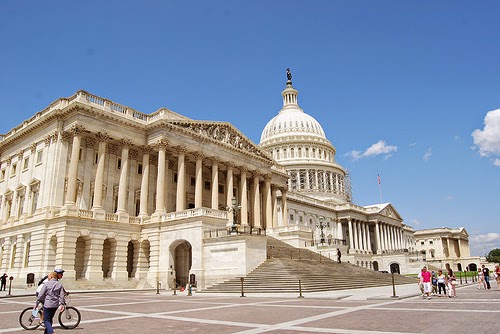 Everybody has one. It’s that part of your life where depravity seems to have the strongest grip. Most don’t fight the kind of sin that’s evident to the world around them. It’s the internal battles with things like gossip and lust that consume the average Christian. But even worse are those sins that we’re either unaware of, or are unwilling to acknowledge. In fact, I’ve come to realize that American followers of Jesus collectively suffer from one particularly destructive sin that has gone largely unrecognized. What is it?

The idolatry of politics.

God is supposed to be our first intellectual stop in life. He’s our focal point of truth and direction. So anything that supplants His primary position is considered an idol. Far too often, I see followers of Jesus in America allowing partisan politics to shape their view of the world. God has been relegated exclusively to their spiritual lives, while they inadvertently shut Him out of their cultural, intellectual and interpersonal existence.

Don’t believe me? Here’s the primary symptoms that illustrate how politics has become an idol for many Christians today:

Watch the news. Listen to your favorite talk radio program. Make educated decisions in the voting booth. Stand firm on Biblical truth. But stop making politics your idol. This sin is hurting others, misrepresenting the Gospel, and probably keeping others from Christ.

Just seek to follow Jesus and love your neighbor, with a generous dose of humility.