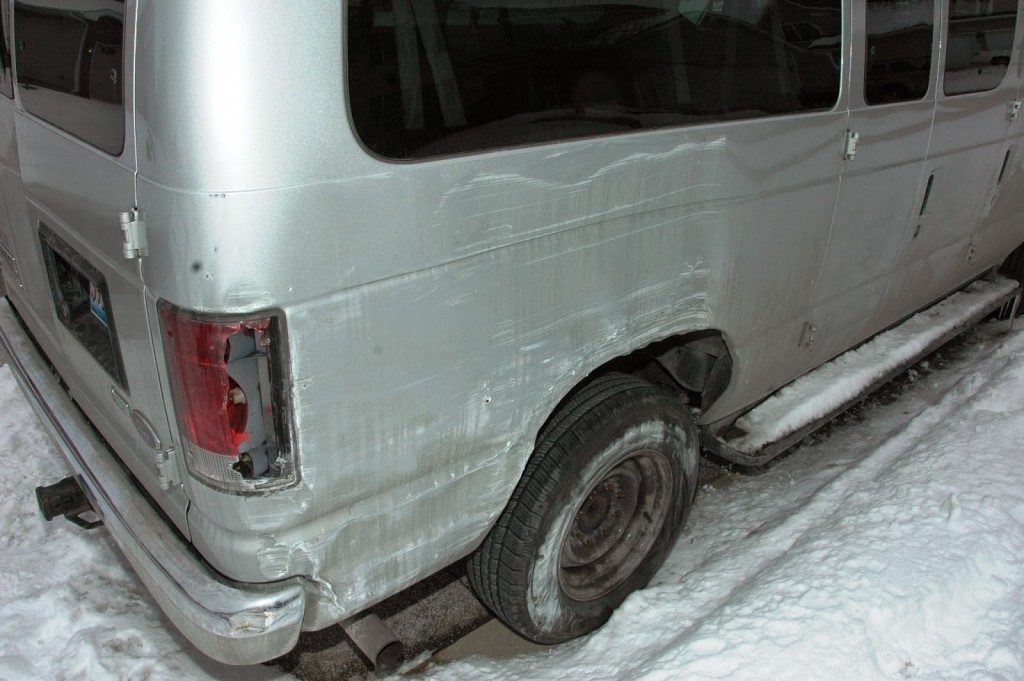 Does this actually happen to real people?

That was one of my first thoughts. Sure, I’d seen it in movies plenty of times. Some suave criminal quietly breaks into a car, connects a few wires and drives away. In a matter of moments, they’ve got a new sports car. But who in the world would want to steal my twelve passenger van? A struggling airport shuttle business? A horrifically corrupt church? A huge nerd that thinks it’s cool to drive around in a massive van?

Whatever the reason, somebody stole my van. My enormous, industrial, kid-moving machine. And they stole it right in front of my house while we were sleeping.

At least I know they didn’t go hungry. There were enough crumbs on the seats to feed a small family. And if they brought kids along for this heinous crime, there were plenty of car seat options. Maybe even a few diapers (Although I can’t promise any were clean).

Either way, it was a comically miserable experience. And what actually happened to my van is a tragically stupid story.

After eleven days of insurance agents, tears and paperwork, we thought it was gone for good. Then my phone rang. It was a police officer from Normal, Illinois. He calmly and carefully explained that my van was “used in a crime.”

A group of bumbling criminals in his city decided it was time to try one of those “smash and grab” maneuvers. Their search for the perfect battering ram brought them to my front door. Why drive over two hours to Chicago just to steal a van? Likely to separate the two crimes to avoid suspicion. At least that move was moderately intelligent.
“Smash and grabs” normally make headlines, but you won’t find my van in any articles or videos online. Why? After stopping for some fast food and disposing of all three back seat benches, they were ready to steal stuff from a Sprint cell phone store. Then, poor planning or sheer incompetence took over. They turned around, threw it in reverse, and backed into the building. After multiple attempts, these geniuses only managed to smash through the first set of doors. They were soundly defeated by the second set of doors. So they left. With nothing.

Now, I’m glad for the Sprint store that nothing was stolen. But is it terrible of me to be disappointed? I mean, if you’re going to steal my van, couldn’t you at least use it correctly in the crime?

Anyway, having failed miserably, they drove it to a nice residential neighborhood and parked in front of someone’s house. And there my van sat for about a week with no license plates, smashed windows and tons of body damage. Apparently it took the people living on this street about a week to decide it was worth calling the police about a “suspicious vehicle”. Thank you, citizens of Normal, for using my van to make your city name ironic.

In the end, we settled with the insurance company and got another van. We also had DNA swabs and fingerprints taken so evidence from the old van could be processed (Admittedly, that part was kind of fun). And now, I’ve taken steps to simultaneously increase my coolness and our vehicle’s security. You know that amazing chirping sound sports cars make when the security system is armed? My new van does that. Plus, I bought “The Club“. Yes, that cheesy 1980’s steering wheel lock still exists. Mine is an intimidatingly bright yellow color. I’m also considering installing a framed picture of my biceps on the dash.