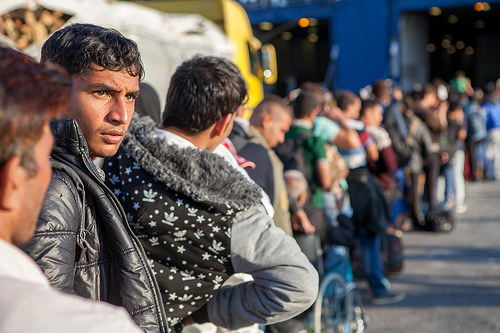 I’m conflicted. You should be too.

It’s human nature to search for easy answers. In fact, I’m sure your favorite political pundit already summed things up pretty well for you. Or maybe you’ve found that perfect Bible verse that seems to magically turn your opinion into a fact. Sorry to break this to you, but sometimes following Jesus is supposed to be way more challenging than you’d prefer. And the debate raging about whether to allow Syrian refugees into the United States serves as a perfect example.

Panic spread across the globe as French authorities revealed that a Syrian passport was found near the body of one of the suicide bombers. It seems likely that at least some of the terrorists snuck into Europe in the midst of the flood of refugees fleeing violence in the Middle East. Authorities simply haven’t been able to perform adequate background checks at various borders. So America’s governors responded. As I write this, more than half of them announced they won’t accept Syrian refugees.

If you don’t know why 12 million Syrians fled their homes, and 4 million of them are refugees, you need to do some reading. The Washington Post shared 8 reasons. The Guardian has 6. But the fact that at least 250,000 Syrians have died in their civil war should be all most need to know to understand what’s going on here.

Followers of Jesus, let’s take a moment to process this a bit. I don’t claim to have all the answers, but here’s a peek into the window of my conflicted mind where three categories of thought are swirling around:

It’s time to get comfortable being uncomfortable. We need to sit in the conflicted reality of parallel truths for followers of Jesus. I think we can simultaneously desire to protect American lives, defend Syrian lives, and destroy ISIS. In the end, my soul admittedly leans toward the consistent message in Scripture of putting the needs of others before myself. So protecting Syrians and crushing ISIS is worth taking a collective risk.